Lynx VTOL is a vertical takeoff and landing VTOL drone for mapping that combines the ease-of-use of a multicopter with a long two hour endurance.

The Lynx VTOL drone takes off autonomously with the touch of a button. Four dedicated motors lift the aircraft vertically to a predetermined height. Once at altitude, a single high-efficiency motor propels the aircraft forward to fly as an airplane.

For landing, Lynx VTOL comes to a stop midair and descends vertically to its landing spot. VTOL landings are predictable and accurate to within two meters.

The aircraft is a hybrid design with separate motors for vertical and forward thrust. This setup is advantageous over other VTOL configurations because the propulsion setup is optimized without compromising efficiency.

Vertical takeoff and landing greatly increases where you can fly from. It also eliminates damage to the aircraft from hand-launch mishaps and rough landing methods.

Lynx VTOL comes standard with a high performance, dual frequency GPS that provides accurate and robust positioning data. With optional PPK, it is possible to obtain centimeter-level precision on the ground from aerial mapping. Horizontal (XY) and vertical (Z) mapping accuracies are achievable down to 3.6 cm RMSE with PPK.

Mapping using Lynx VTOL with PPK is significantly faster and cheaper compared to traditional survey methods. PPK eliminates the need for Ground Control Points or a real-time data link to the drone.

The PPK option requires no hardware changes to the drone and can be activated when you need it. Horizontal (XY) and vertical (Z) mapping accuracies are achievable down to 3.6 cm RMSE with PPK.

The mission planning software is the main interface between the user and Lynx VTOL. Swift GCS provides simple and intuitive planning in combination with advanced functionality for experienced users. New users are guided through the flying process via the built-in checklist and preflight steps. 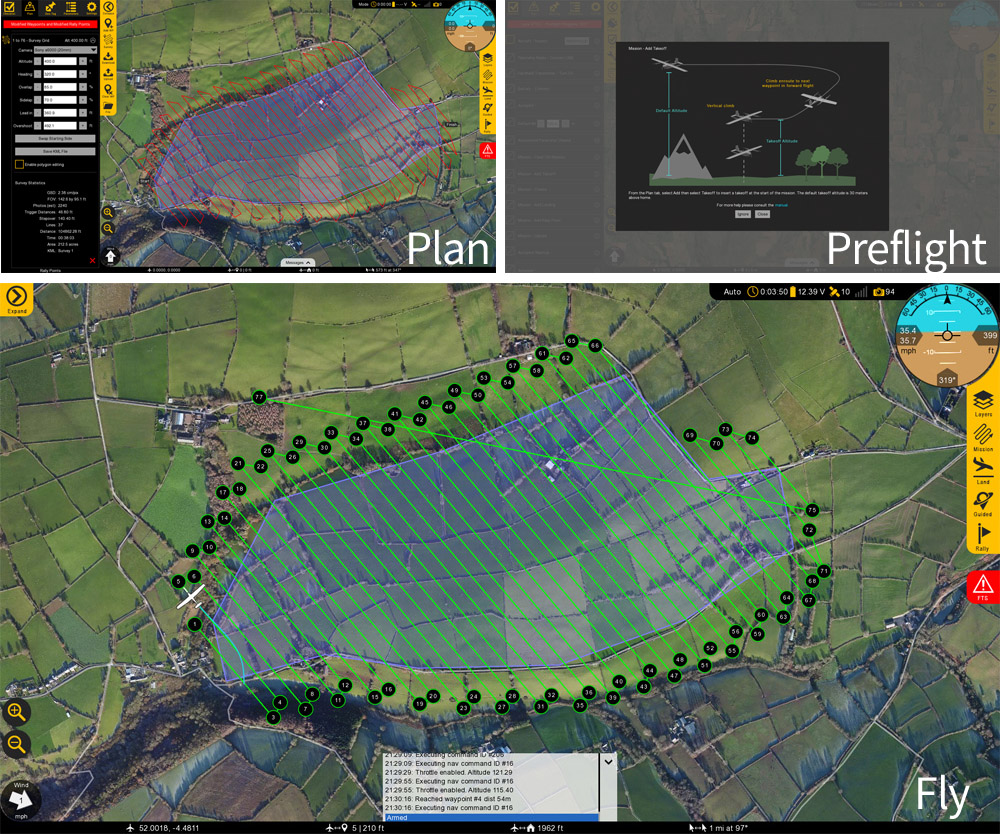 In one flight, Lynx VTOL can map 2-3 times more than a competing VTOL or conventional fixed-wing drone and approximately 15 times than multicopter drones. 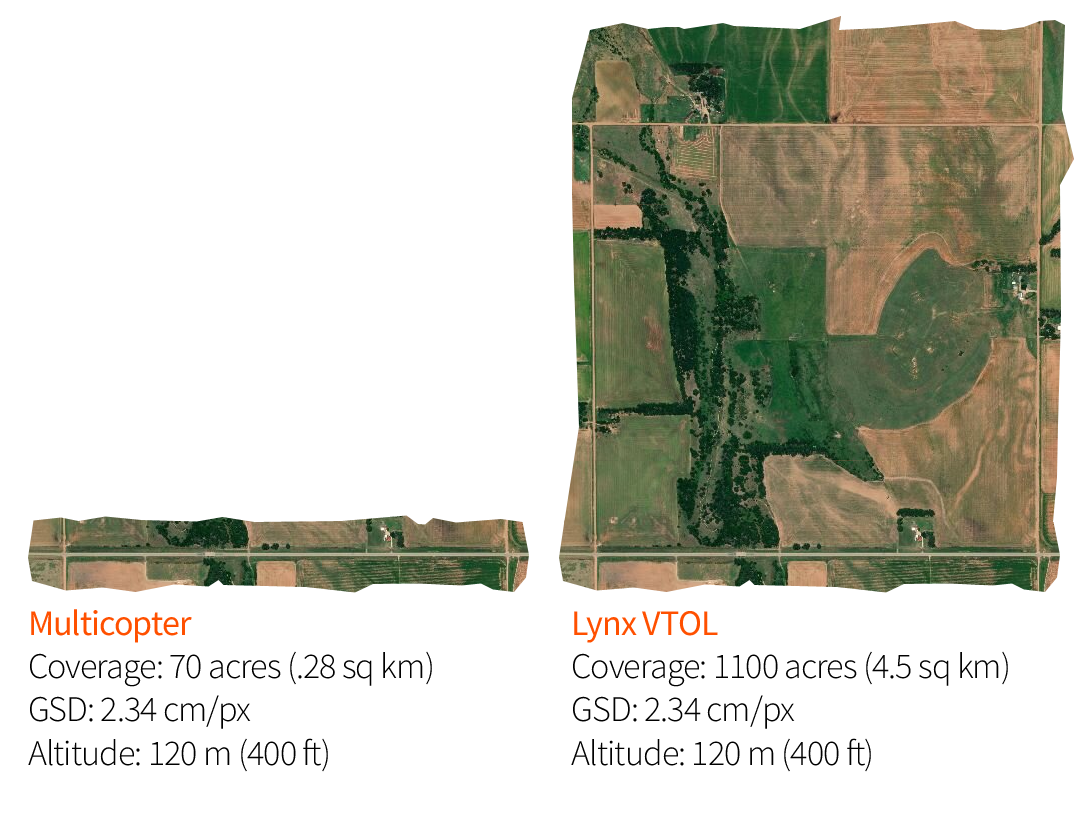 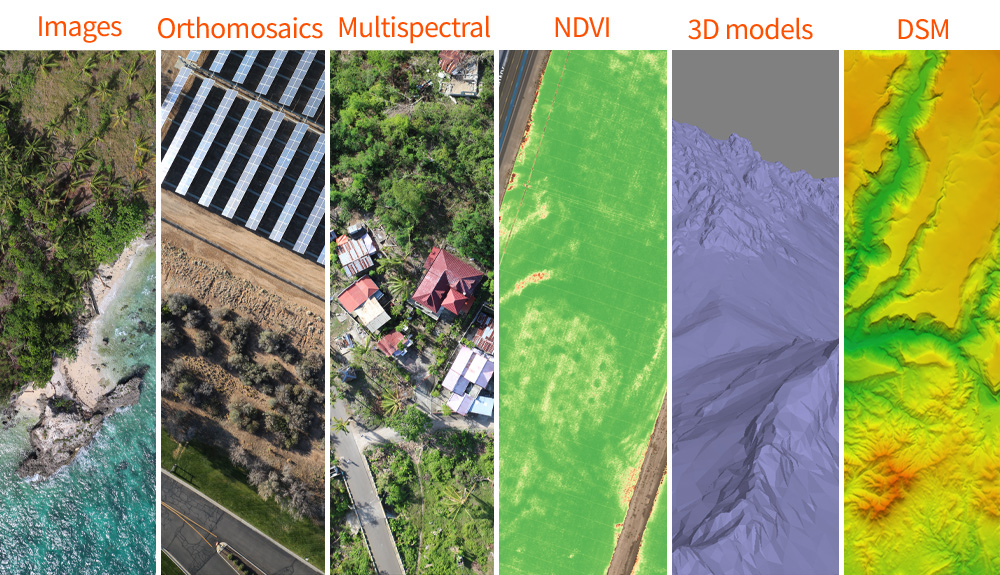 Lynx VTOL features a clip-on tail and removable three-piece wing for easy transport and rapid assembly. The entire system packs down into one airline checkable case that fits within the trunk of a car.

The flight batteries are non-dangerous goods (DG) and can be shipped worldwide with greater ease than batteries required by multicopters or larger systems. 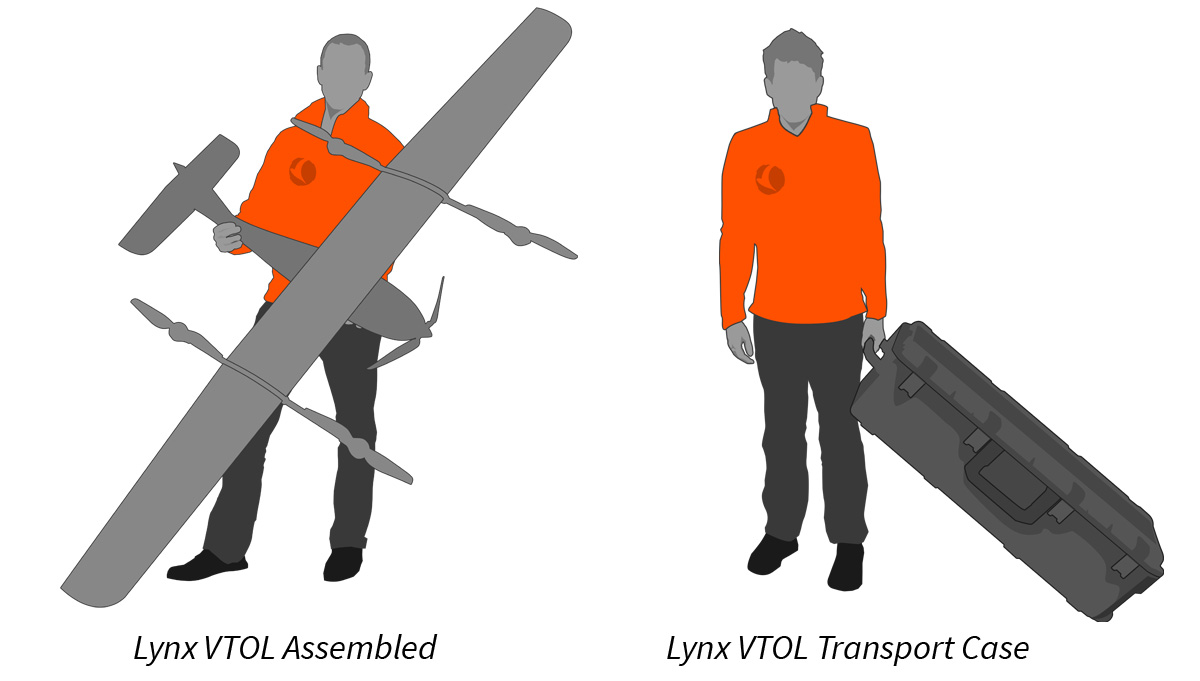